CJ Jones performed a set at the Other Festival Club during the 2010 Other Film Festival: New Cinema By With and About People with Disibilities in Melbourne,Victoria on August 27th.

Rick Randall, Festival Director, celebrates the agenda of Austalia's only disability film festival saying "The festival works to ensure that the needs and aspirations of people with a disability inform all of our activities. This informs our support for the nation-wide campaign for increased cinema access throughout Australia.The 2010 program offers an exhilarating array of choices: sessions dedicated to the experience of people who are Deaf or hard of hearing, films that celebrate the power of expressive dance, workshops for emerging actors and filmmakers, a forum on accessible cinema, and of course Rob Spence and the world premiere demonstration of the Eyeborg prosthetic eye."

Along with director, Hilari Scarl, CJ was a special guest at a public screening of See What I'm Saying, which premiered this summer in the USA. The film has been embraced by hearing and deaf communities alike.  The White Space Team is honored to have CJ Jones as a cast member of White Space, the short film.

Check out See What I'm Saying and  The Other Film Festival online.

a drummer in Beethoven’s

Nightmare, the world’s only

to put the band back together.

CJ is a famous comedian who

is still desperate to perform to

hearing audiences. Robert is a

but battles homelessness. TL is

a hard of hearing singer trying

to produce her first CD, Not

Email ThisBlogThis!Share to TwitterShare to FacebookShare to Pinterest
Labels: CJ Jones, See What I'm Saying, The Other Film Festival

Stop a Building From Crying

Production will soon be underway! In the next few weeks we will launch our project on Kickstarter.Com. We'll let you know how you can be a part of the magic of film making by following our project's progress.  Please continue to visit the site for important updates and be sure to follow us on Facebook!
Posted by White Space Production Team No comments:

SIGN WORLD TV, INC. (SWTV)is an entertainment company devoted to serve the diverse population of those who communicate and enjoy using sign language. With American Sign Language, said to be the fourth most commonly used language in the United States, SWTV strives to reach out to America’s 28 million Deaf and Hard-of-Hearing community members and friends, along with providing regional sign language programming for Deaf signers with native languages other than ASL and hearing people alike!


It is the mission of SWTV to create and host meaningful, accessible educational and entertaining sign language programming. Building greater awareness of the diversity of Deaf cultures and languages worldwide Create job opportunities for Deaf, hard of hearing and hearing sign professionals. Introduce viewers to positive deaf roles models from all walks of life.

Over the holiday weekend, casting began for our short film, White Space.  We saw some talented poets and spoken word artists.  We are still looking for our lead actor and look forward to filling the role soon!  Please check back for casting announcements in the future! 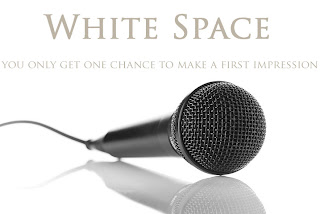 Thank you for visiting our site! The White Space Poetry Project is dedicated to illuminating the poetry, ideas and performance of talented artists throughout the world.

Stay tuned for updates regarding the White Space Poetry Anthology and pre-production on our short film, White Space, written by Maya Washington and directed by Mark Brenes.
Posted by White Space Production Team No comments: