White Space in the Winner's Circle

White Space screened at Co- Kisser Poetry Film Festival on October 6th, 2012 at Minnesota College of Art and Design and Hollywood Black Film Festival at the Montalban Theatre in Hollywood on
October 27, 2012

White Space supporters came out in Los Angeles and Minneapolis in support of the audience favorite. White Space Poetry Project members and White Space cast were in attendance at the Hollywood screening. CJ Jones, Zendrea Mitchell, Tanya Alexander, Shon Fuller and interpreter Lisa Arroyos shined in Hollywood at the after party at the St. Felix.  MSU Hall of Famer, and retired NFL running back  Clint Jones (Vikings, Chargers) and family were also in attendance.

White Space singer/songwriter Herschel and the Detainees performed Herschel's poem, "Wednesday Love," the inspiration for the ASL poem, "White Space" from the film, after the screening at Co-Kisser to rave reviews. Also in attendance at Co-Kisser were White Space Poetry Anthology poets and artists Sandy Beach and Meghan Maloney-Vinz. 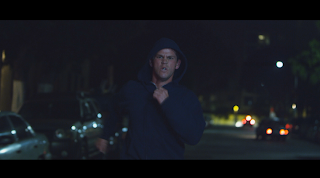 White Space will screen Friday October 19th at 3:30pm and Saturday October 20th at 5pm in the Dramatic Shorts Program at Rock Island Studios during the Tallgrass Film Festival this weekend!

Tickets are available at the festival box office

“In a world overrun by film festivals, Tallgrass remains a largely undiscovered gem. The festival is big enough and smart enough to curate a top-notch program, but modest enough to nurture an atmosphere in which filmmakers mingle with each other and audience members.”
-Geoff Edgers, producer/star of Do It Again and Boston Globe Arts Reporter

The 10th Annual Tallgrass Film Festival will be held in and around downtown Wichita, Kansas, October 18 - 21, 2012. The festival showcases more than 120 films from around the world and is the largest independent film festival in the state of Kansas. The four-day event has become a hallmark of the city's cultural landscape and the festival is internationally renowned for its world-class cinematic programming.
Posted by White Space Production Team No comments:

White Space Poetry Project was busy throughout the month of September starting with a private screening at California State University San Bernardino for student leaders during the CSUSB Club Conference on September 10th, 2012. Following an address by CSUSB President Tomás D. Morales, White Space Writer/Director and WSPP Creative Director Maya Washington motivated students with a keynote "How to Make a Dream a Reality" followed by a Q &A with Washington and White Space star and ABC Family's Switched at Birth actor Ryan Lane.

﻿
During Social Media Week, Creative Director Maya Washington participated in a panel discussion sponsored by California Youth Connection at W Hollywood on September 26th, 2012.  The panelists discussed how their organizations are using social media to connect with and empower youth.
Posted by White Space Production Team No comments: